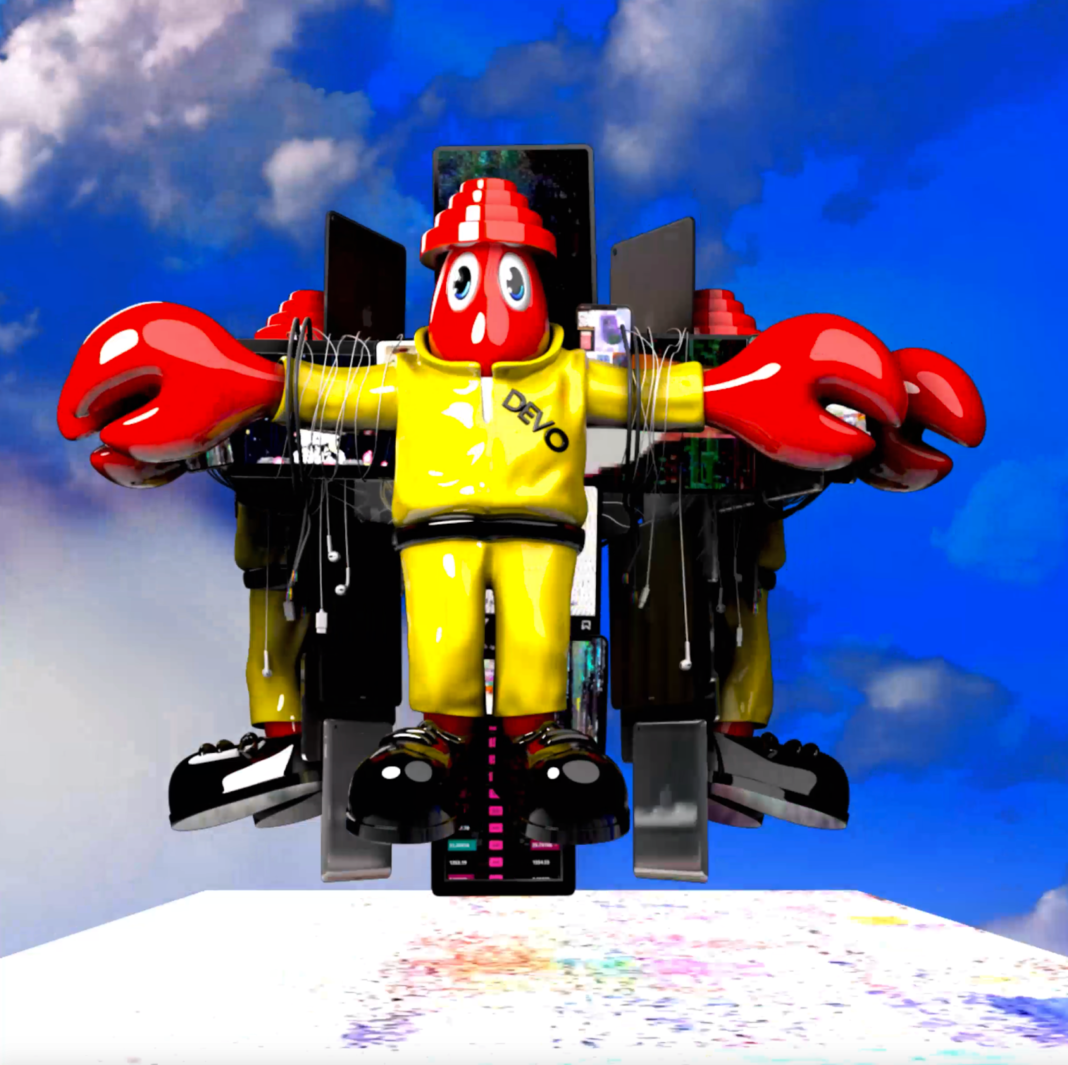 “Devo were my favourite band growing up, and an inspiring creative energy, so it’s been amazing getting the chance to work with them on this project. I love the way the NFT space has created an accessible platform where art and music join forces in a revolutionary way. Never before has there been such a platform to present art in this way. In art history I have always been obsessed with this crossover of art & music, from the Ballets Russes where de Chirico & Picasso designed costumes and sets for the Ballet, to the aesthetics of the Punk & Pop movement. For me Devo are the ultimate ART band, and for this work they created the unique Devo track “LOB-STER DE-VO”. Instinctively I felt that my Lobster and the iconic DEVO hat were destined to be together. The Lobster loves DEVO.” Using a similar theme of the Crucifixion to Colbert’s first NFT work ‘The CRYPTOFIXTION’. Colbert further explores the role digital ideology is playing in the re-brith of a more digital orientated era for humanity, and the defining role art plays in such times. Colbert also plays reference to the use of 3 crucifixions in DEVO’s Iconic music video ‘Through being cool’ 1981.